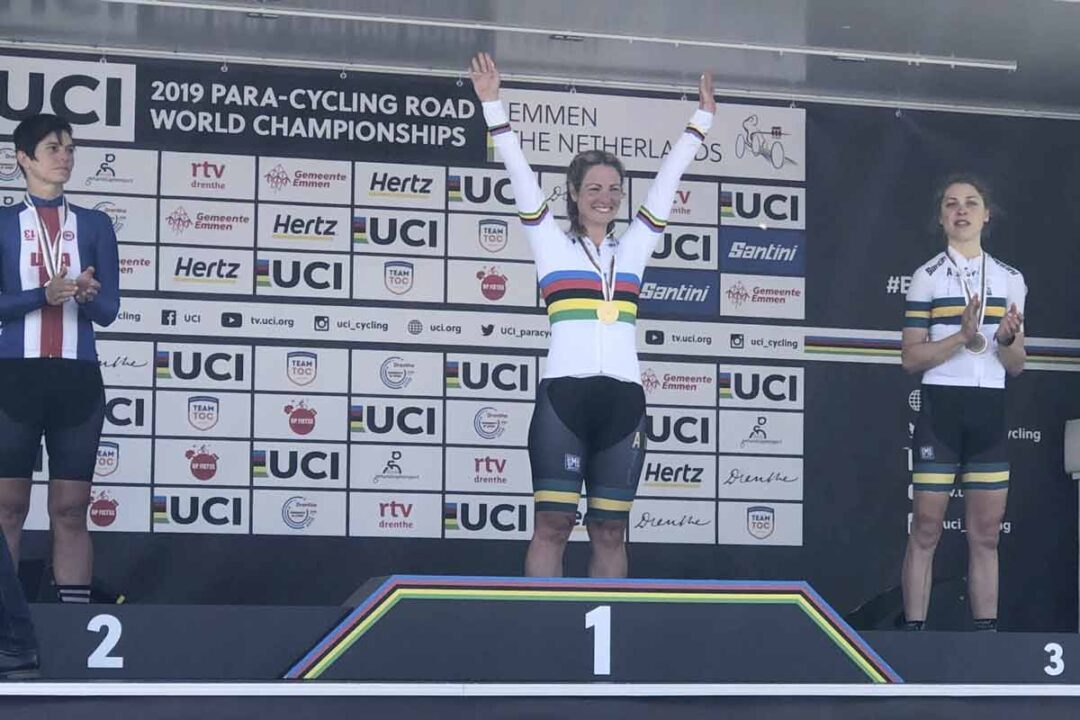 Verve Cycling has announced a partnership with Australian para-cyclist – Emily Petricola – who joins the rapidly growing select group of elite athletes and teams that use the InfoCrank as their power meter of choice.

As a multiple World Champion and world record holder, Emily needs little introduction.  Competing in both solo and bunch events, Emily has excelled on the track cycling world stage since 2018, most recently taking three Gold medals at the 2020 UCI Para-cycling Track World Championships.

An inspirational athlete with an incredible story, Emily embodies the passion and determination needed to compete at the highest level. Emily will use the InfoCrank on her journey to the Tokyo Paralympics and beyond, supporting her training and racing with accurate power data measurement. The InfoCrank will provide Emily with instant feedback on her performance, helping her to ensure she is at exactly the right intensity from the first pedal stroke.

“I have used InfoCrank from the moment I started cycling and I’m proud to be an ambassador for a brand that strives for the same level of excellence in what they provide to those using their products as I do within my sport.”

Emily was diagnosed with Multiple Sclerosis at the age of 27. Six years later, she began cycling on a static bike in the office that she worked in and it wasn’t long before she received her Paralympic classification. Emily won her first international pursuit race – breaking the world record. She is now on the Australian cycling team programme in Adelaide, with her sights set on gold in Tokyo.

Bryan Taylor, Verve Cycling President said:
“When we set out to build the world’s best power meter it was with inspiring athletes like Emily in mind. Competing as one of the best in the world takes focus, guts, an unbreakable work-ethic and equipment that is up to the job. All of us at Verve Cycling are proud that Emily has chosen the InfoCrank to support her in her ambitions, and we cannot wait to watch Emily’s palmares grow longer by the day.”

The InfoCrank records true left and right power balance, pedal smoothness, torque effectiveness and cadence. It measures each leg independently and accurately throughout the pedal stroke, regardless of crank velocity. Unlike other power meters, the InfoCrank has no drift, it is not temperature sensitive and there is no need for constant calibration.

The InfoCrank truly is the only cycling power meter that delivers accurate and repeatable data and lives up to the hype of true measurement.