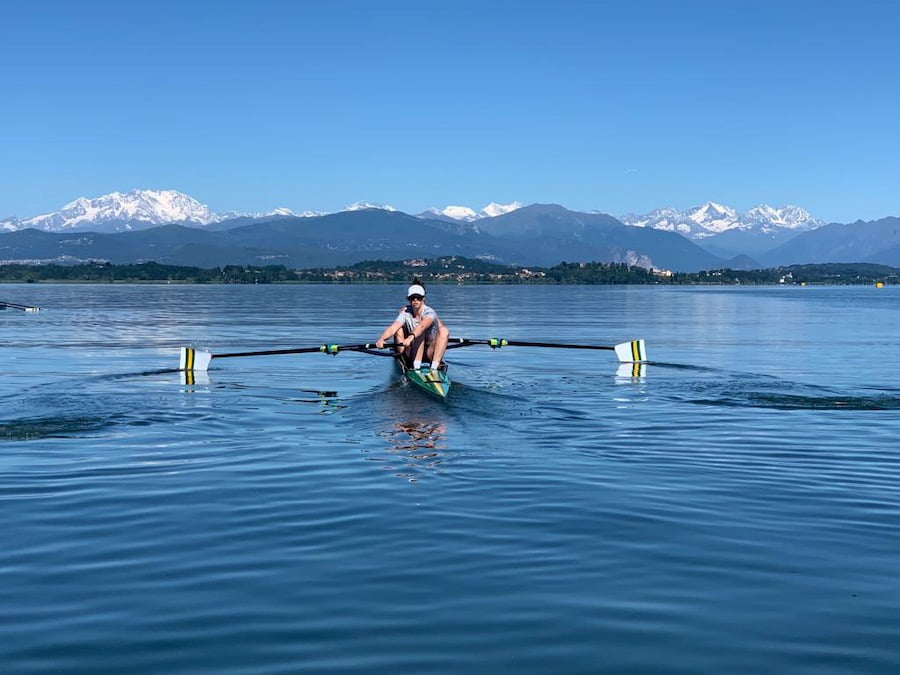 Annabelle McIntyre – a talented Australian rower – won two silver medals at the World Rowing Championships last year and is now aiming for her first Olympics. She uses the InfoCrank to measure her efforts, increase her aerobic base and improve her power output when training on the bike, all of which will translate into a stronger performance in the boat.  Annabelle took time out to give us an insight into how her training regime has adapted over the past few months.

Originally from Fremantle, Western Australia, I have been participating in one sport or another from the age of about 10, eventually ending up in rowing. Rowing – for those who are unaware of the sport – is, at its base, a power endurance sport that requires a balance of many hours of aerobic training and the opposite of that, a large amount of strength work in the gym.

I’ve competed in the sport since 2013, starting down at my local club – Fremantle Rowing Club – and over the years eventually made an underage team and three senior Australian teams, where I was a part of medal winning crews. I am now a part of the Women’s High Performance Training Centre located in Penrith, New South Wales, at the base of the Blue Mountains. 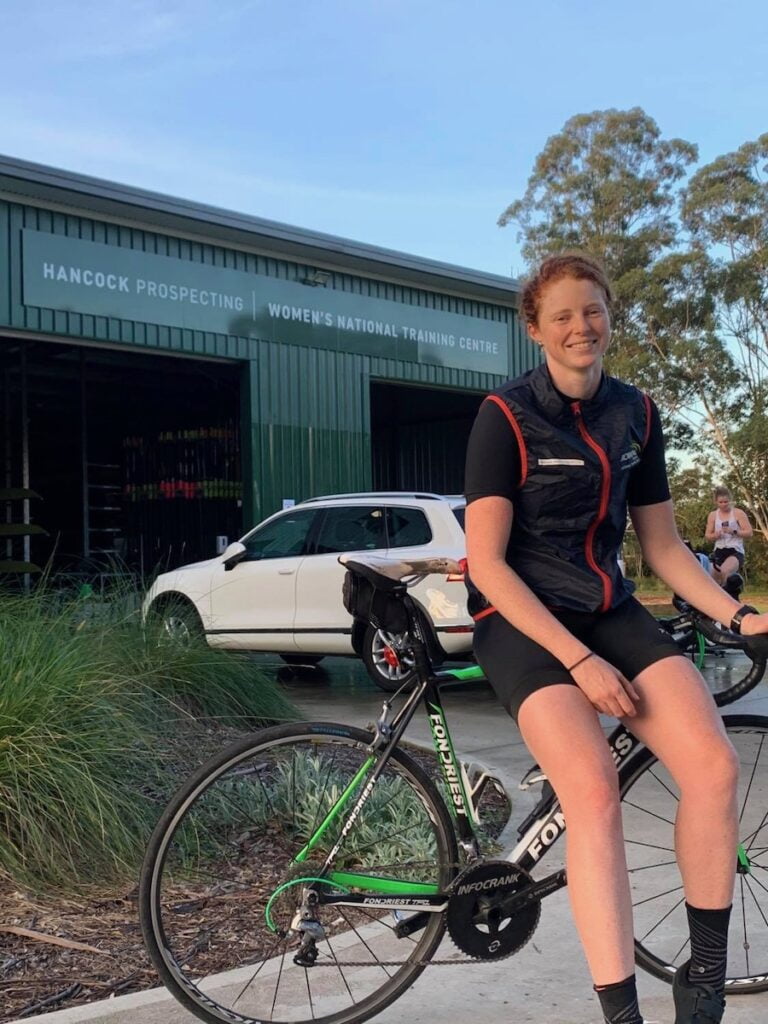 Riding a bike has always been a hobby for me, with family and friends who have previously ridden competitively. When rowing became a more serious part of my life, it allowed me to supplement my training on water with more hours on the bike. So, when the opportunity came up to partner with Verve Cycling and use the InfoCrank power meter, it was one not to be missed. Most of the time, I feel I’m not using the InfoCrank to the best of its abilities due to my very amateur status as a bike rider but still, the data allows for some self-coaching in what may otherwise be long, uneventful times on the bike.

May saw the reintroduction of on-water work and a reduction of kilometres completed on the bike – sadly. It also saw the start of our 30 minute ‘monitoring’ test – once a month on the ergo and every other week on the bike (or wattbike). With about a 5% increase of average cadence on my rides and a subsequent increase in average power output by about 20 watts, the time on the bike and specific goals were making some decent changes.

My first 30 minute effort completed on the bike was done around Bibra Lake in Hamilton Hill at about 6am – with some friends cheering me on (no drafting allowed, though). Completing exactly 18km (so averaging 36km/h) while not breaking any records, it was pretty decent for me, producing a power output greater than what I have ever previously achieved on the wattbike – and I have done a few.

By the end of May, the time in the boat had increased significantly so my time on the bike became less targeted and more about low base aerobic work – maintaining focus on that increased cadence as well as introducing a more focused effort on short hill sprints to keep in touch with that explosive power system. Again, initially tracking the data for cadence, power output and balance.

The month of June only saw me out on the bike three times and off the water completely due to a chestwall stress injury. The nature of the injury requires no loading through the chest wall in the initial part of the recovery, which meant three weeks on the wattbike upright – with even heavy breathing aggravating the injury. The focus then changed from increasing strength endurance and power to minimising loss of fitness.

By the end of June and around the time I was able to get back on the bike, myself and the rest of the Australian Rowing Team had transitioned back into the High Performance Centres – for me this meant moving back to Penrith, New South Wales.  Re-loading after a chest wall injury requires a bit of patience as you build up kilometres slowly over a couple of weeks, spending one day in and one day out of the boat, again wattbiking on those days out.

By the time July rolled around, I was allowed back on the bike and ready to brave some colder weather. With my injury mostly settled down, I was able to start (trying) to put a bit of power down again and build up that strength I’d lost over the last month. It felt a little bit like starting from scratch but it would be interesting to see how fast I could get my numbers back up to what they were or at least similar, with not being able to do more than a couple of decent rides a week.

After re-calibrating the cranks post fall (lost my back wheel on an icy corner) and a battery change it was relieving to see that at least most of the technical changes I’d been working on were still prevalent in the data coming from the InfoCrank. My cadence was still up and the L/R power output was tracking more balanced than not. It took about four rides for my power output to return to within what I would consider its normal range (still allowing for some of the smaller less ‘intense’ sessions to be a lot lower).

Over the past few months, I’ve had to adjust really quickly to a significant change to our training and racing plans. However it’s been great to rekindle my love of cycling and I’ve definitely got a bit addicted to the numbers on the power meter. It’s going to be an interesting ride to Tokyo 2021. 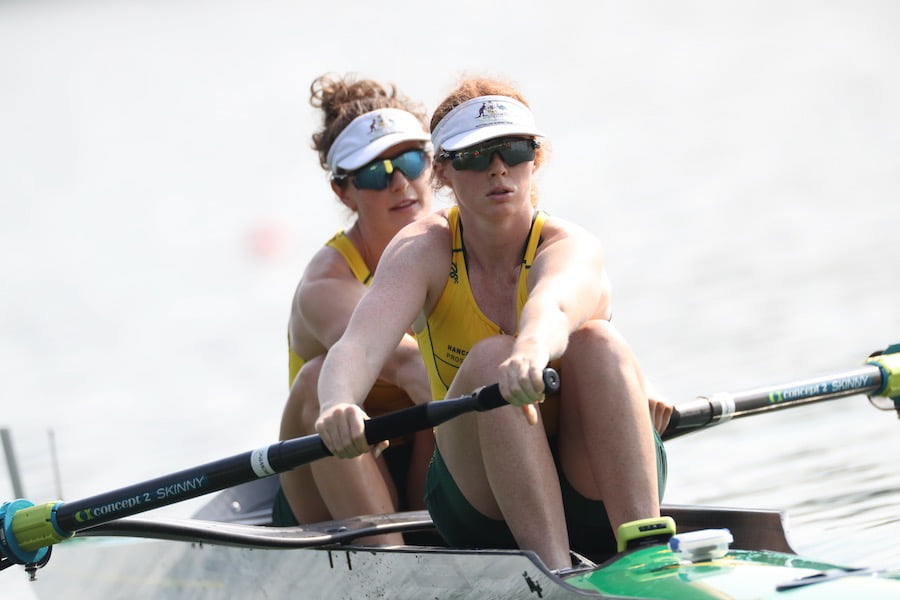