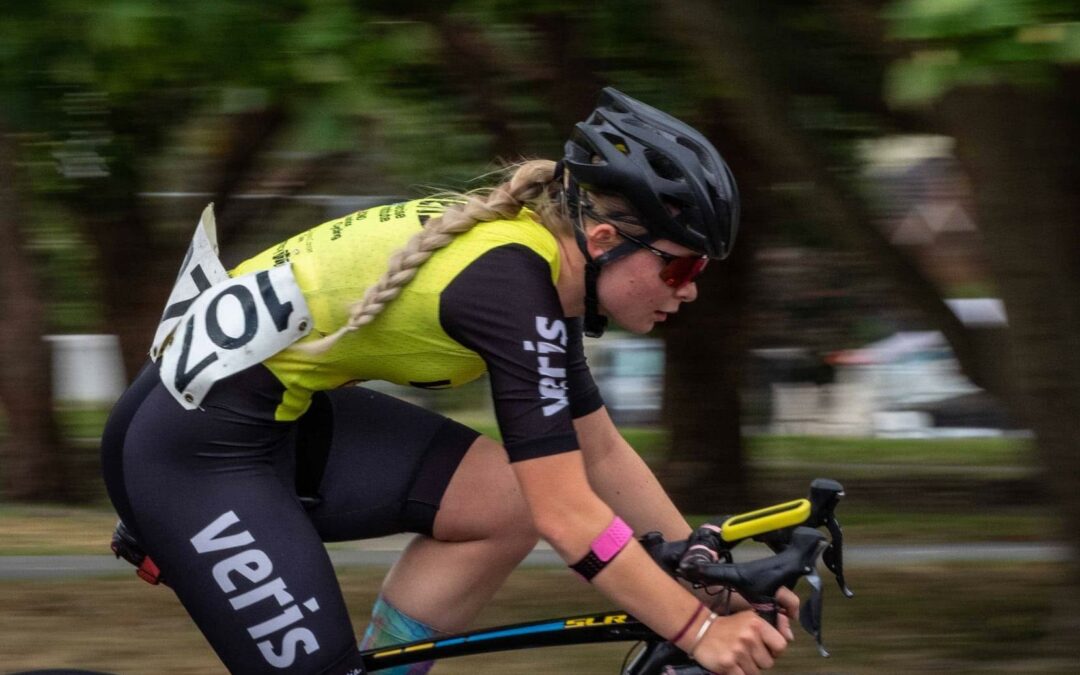 Lucie Fityus rides for Veris Racing in Perth, Australia and has been using the InfoCrank power meter to support her training and racing for the past six months. Lucie took some time out to reflect on her stats from a key training block last month.

“I’ve been powered by InfoCrank for around six months now. I have had the road cranks since March and last week I put a power crank on my track bike too. I have absolutely loved using the InfoCrank as they provide such accurate and reliable results every week and have been instrumental in tracking my training progression. They also help me to connect to my coach Brad, who uses the numbers to gauge how to set my training program.

“In this particular week of training last month, I had shorter duration rides with intensity thrown in. This is to condition my legs for shorter track races that don’t require huge amounts of base kilometres, but need generous power output.

“On Monday, I did my usual weekly sub-maximal fitness test so that my coach can gauge my fatigue and current form. Then on Tuesday I completed ten one minute intervals with two minutes of rest inbetween – achieving a third highest one minute power personal best of 433 watts). 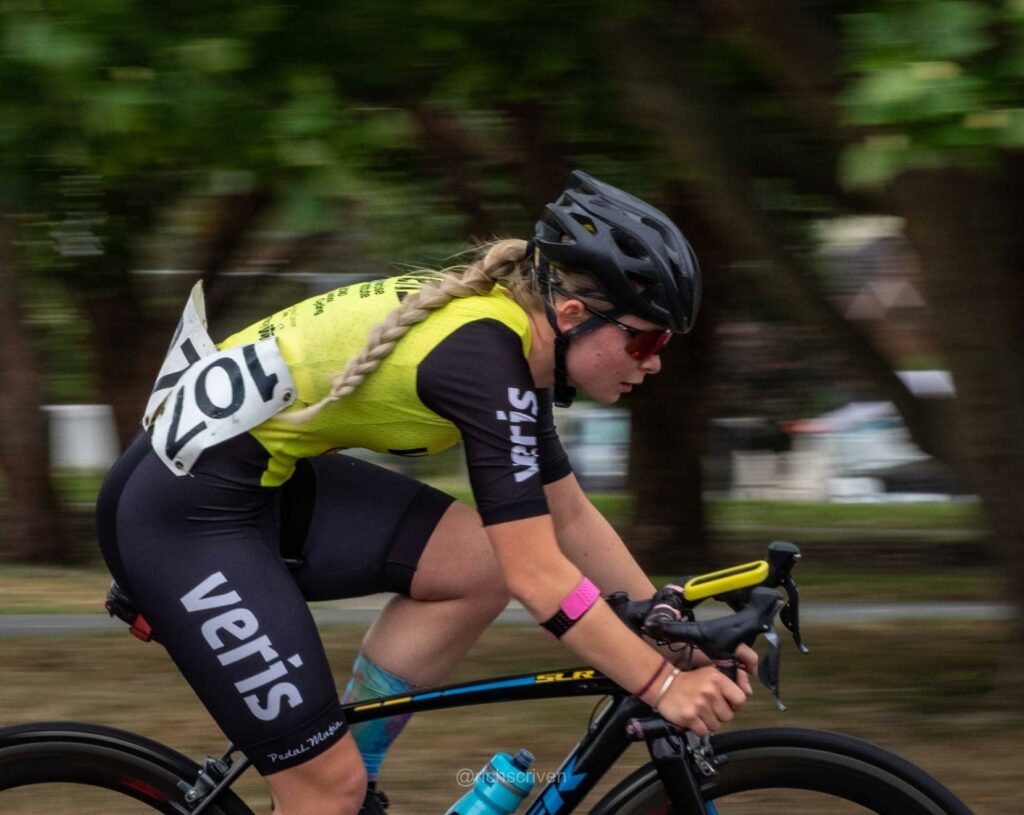 “Wednesday was some low intensity volume and Thursday was a track session I attend weekly in Sydney. On Friday, I decided to spice things up a little by going on a short mountain bike ride close to home. Saturday was another shorter day of intensity on which I had to complete eight 30 second intervals with three minutes of rest in between.

“The next day I had two hours of training with six four-minute Fartlek efforts to complete. I find these the hardest as they don’t allow much rest during the intervals and usually require going up a hill! I do love these weeks though as the shorter more intense training suits me as a road sprinter.

“My power output on the intervals has just been better and better, and I really love that with my InfoCrank, I don’t have to calibrate them before every ride and they’ll still maintain high accuracy!

“I’ve just got say a huge thank you to Verve and InfoCrank for the amazing support for Veris Racing and its athletes. I always recommend these amazing cranks to my fellow riders, many of whom have gotten them too!”

Verve Cycling has announced a two-year partnership with Veris Racing cycling team. Based in Western Australia, Veris Racing supports emerging talent and gives athletes the opportunity to compete at the elite level. The InfoCrank power meter will be used to support the team’s efforts in training and racing.

Veris Racing comprises of a men’s, women’s and junior team, with athletes progressing along a development pathway that provides not only the expected specialist training and coaching services, but also mentoring services to the athletes.

The InfoCrank will enable the Veris Racing teams to monitor and record power measurements in real time providing immediate feedback to help ensure the athletes are always training in the most effective way possible.

The ethos of Veris Racing is to provide athletes with sporting opportunity in exchange for community endeavours.  This is more than CSR, the cyclists are also required to contribute to community initiatives that encourage and increase participation in all levels of cycling and sport.

Brad Hall, Veris Racing, said: “Our continued partnership with Verve Cycling is one we are most proud of. Verve Cycling has produced the best power meter in the world in the Infocrank, which is sold to the best institutions and high-performance programmes in the world. To be able to work alongside the world’s leading producer in this capacity is incredibly humbling.

“Combined with Verve Cycling’s unwavering ethical focus in delivering accuracy we can work with athletes from around the world remotely and know exactly what they are doing and how they are doing it at any given moment. This would simply not be possible with alternate power meter manufacturers.””

“Veris Racing is based close to the home of Verve Cycling and we’ve worked with the team for many years now. Veris shares our passion for true data that is accurate time and again; providing athletes with a real opportunity to improve and achieve.

“The ethos of the team is truly commendable – marrying sporting performance with the efforts to encourage an active community – and we are excited to see what we can achieve together.”