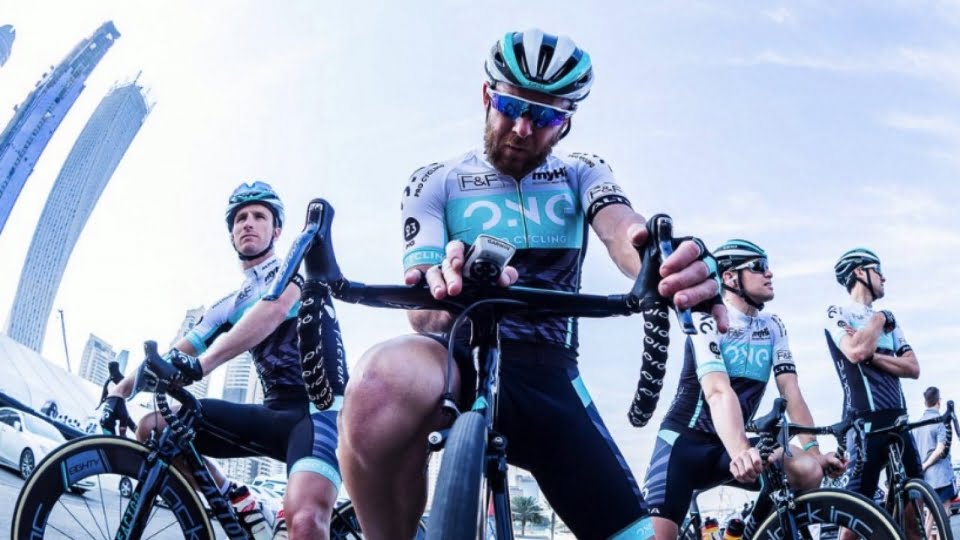 Getting the point with Accuracy

In the world of competitive cycling and coaching many things are said about the accuracy of power meters. What is acknowledged by all is that knowing and training the power of the athlete is the single most important determinant for success.  The energy (watts) expended by the cyclist in driving the bicycle forward determines everything else.

But confusion runs rampant and logic is totally lost due to the misinterpretation of the simple word – accuracy.

Most athletes and their coaches try to explain accuracy in terms of consistency.  They say that the only thing that matters is that the results from their power meter are somewhat consistent.

In this case, half right is totally wrong. It is logically impossible to know (as an athlete or coach) if your power meter is consistent if you do not know if it gives true results.  That is why the actual definition of accuracy is defined as having two parts:

It is possible if you have extensive testing facilities to determine whether your device shows consistent results, without necessarily ever showing true results.  But for the cyclist on the road and the coach looking at results, it is impossible.

With the advent of the InfoCrank, acknowledged as the power device that is both true and precise the whole time, there is a sea change about to happen.  The InfoCrank has been independently tested for both torque (measured 256 times each second) and for power (watts) which combines the torque and the cadence to a level of accuracy (both parts of the definition) that in simple terms, the number on the screen of the athlete is always the correct wattage number.

For the first time, leading federations and coaches are realising that they now have a tool to help with selection of athletes for teams. Because they have trueness and precision all the time on every bike, they can directly compare each athlete and make selections accordingly.

Many commentators may have assumed that this was happening before, but it was not the case.  Some federations knew that their devices were quite consistent, but not directly comparable bike to bike or rider to rider.  This has now changed.

However, some competitive amateurs also knew it, but not because of expensive measurement tools. Riders who use certain indoor spinning machines with a crank based power device go to extremes to mark their favourite machine. They have learned that their perceived effort differs machine to machine and has no relationship to the number being shown on the head unit.

A break-through is now easily predictable.  Over the next years, say leading up to the Tokyo Olympics, there will be very significant improvements in cycling performance and not because of the chemists and doctors.

With only consistency (at most) to go on, it was quite a random exercise to have anyone other than podium athletes really train at the specified level.  The data was only viewed after the event, so normally only averages were observed. As the cyclist changed bikes from the road to the track or vice versa, the numbers differed greatly as they did in different environments.

The Cyclist did not know as they rode their intervals how closely they were maintaining their workload and so nearly all riders, even with all the technology available, have been training on Perceived Effort with numbers to prove it. This is why well-known professional riders say they do not ride with their power meters. They are very well tuned to Perceived Effort and the power estimator does not add particular value to them.

Have a look at the 50 second excerpt below from a steady ride (on a real climb) where the athlete was attempting to maintain 250 watts.  The InfoCrank showed the right number each pedal stroke as it has been independently tested to do.

The other power device (claimed to be accurate to 1.5%) showed numbers that varied second by second in a 100 watt range, both negative and positive.  For the rider who wants to measure his effort, he truly has no idea what power is being ridden.

Many coaches might be satisfied with the uploaded data after the event, because after all the fluctuations, the average result is OK.  The rider, the one who is riding the effort in order to improve, never had any idea what pace he was riding and does not know until later.

No wonder that professional riders when asked what they want from a power meter, say simply, “ I just want the right number”.

The advances in cycling performance will come from a combination of things that follow from having true and precise numbers all the time.

Firstly, the Bio Feedback loop, (what the legs are feeling, what the head unit is showing and what the eyes are seeing) will enable the athlete to control their efforts more closely than just by using Perceived effort and power estimations.

This in turn will enable controlled breakthroughs in thresholds and improvements in maintaining them.  The coaches will be key here as they adapt from averages to true numbers.

The pedal stroke itself will come in for significant improvement as that same feedback loop uses the intra-pedal stroke accuracy to voluntarily improve individual muscle performance and train fine motor skills.   The biomechanics, the bike fitters, the physiologists will all be key here as they ensure that the rider and the machine are optimised for his/her event.

All that will need to have to happen for a quantum leap in cycling performance to occur is to listen to the riders – They want the right (true) number and they are getting the point! 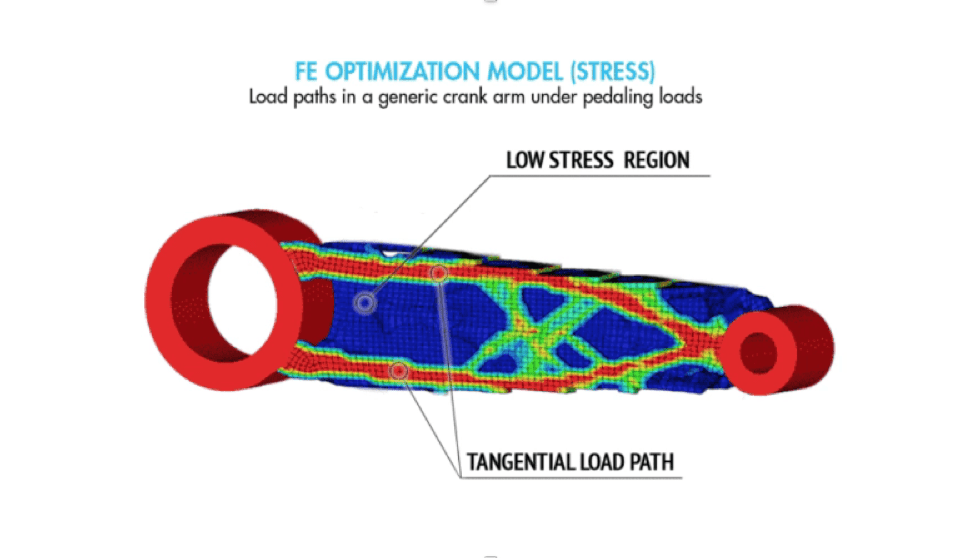 Measuring Power on the Bicycle

When our engineers were first contracted to build a dynamic calibration rig for a Sports Institute, they were very surprised to find that the so called “Gold Standard” of then current power meters had some serious flaws.

Most people at the time thought that the main problem with power meters at the time was the sheer expense of getting the information, but the dynamic calibration showed that this was only part of the issue.

At the same time, the average cyclist was moving to cheaper alternatives, mainly because the industry mantra (faithfully reported by the journalists and believed by many academics) was that all devices were accurate to +-2%. Over the last decade, this oft repeated accuracy idea became an accepted truth.

Now the market is being flooded by cheap power devices, each one more brilliant than the last apparently and of course much cheaper. All of them apparently accurate to +-2% except for two outliers. The ex-Gold Standard and the original usurper (Power Tap) both claim higher accuracy.

The problems with the +-2% or better assertion are many but in a nutshell revolve around some simple concepts;

What is most interesting is that the average cyclist just assumes that +-2% is good enough for cutting edge performance. (That is, except for the top sports institutes and the leading coaches of the world). The reason is very simple. They all assume that +-2% means that the reading on the computer screen of the bike is within 2% at all times. Seen that way, 2% either side of true is not so bad and whilst precision has to be better, why pay for it particularly when you can get “close enough- good enough” for a third of the price?

The problem with this is that there is no evidence to back up the assertion believed by both riders and journalists that the cheap devices are in fact accurate to 2%.

When the InfoCrank is used in it’s former role as a dynamic measuring device and tests the cheaper pedal or hub based power devices, the results bear no resemblance to the marketing.

For example, in a recent test on the open road, a pedal based power device ($200 USD cheaper than the InfoCrank package) that claims to be accurate to +-1.5% was measured second by second against an InfoCrank. Both devices were zero’ed, even though the InfoCrank does not require it.

The test* was done on a climb (real road conditions) as steady as a trained cylclist could be. The target power was 250w and the achieved watts over the entire 45minute climb was 249watts, attained by watching the second by second watts on the InfoCrank.

The cadence and the HR were also measured and the separate computers recorded them. There was virtually no discrepancy in the numbers of these measures on the different computers, thereby proving that any differences had to be in the torque measurements.

What were the results?

Coaches often advise cyclists to “smooth” these wildly oscillating numbers by using multi-second smoothing on their computer. The assumption behind this advice is that the numbers are actually measuring the correct thing and it is the cyclist whose power fluctuations is making it difficult to read.

Smoothing random numbers, even when constrained by an algorithm, still produces a random result. We followed the advice in a random segment to see the results.

In a 50 second segment, the 3 second smoothing meant that there were NO true results at all. (Compared to 10% in the non-smoothed results) The results were evenly dispersed from +-9% making it less wrong than the average of +-15%. Remember, that with random results, there is virtually no relationship between any one number and the true number.

Our experience in the short time that InfoCrank has been available is that more and more athletes and their coaches are getting fed up with numbers that bear no relationship to effort (energy) and that a sea change is about to happen in the world of bicycle power measurement, just as the biggest crank manufacturer brings another “me-too” +-2% power meter to market.