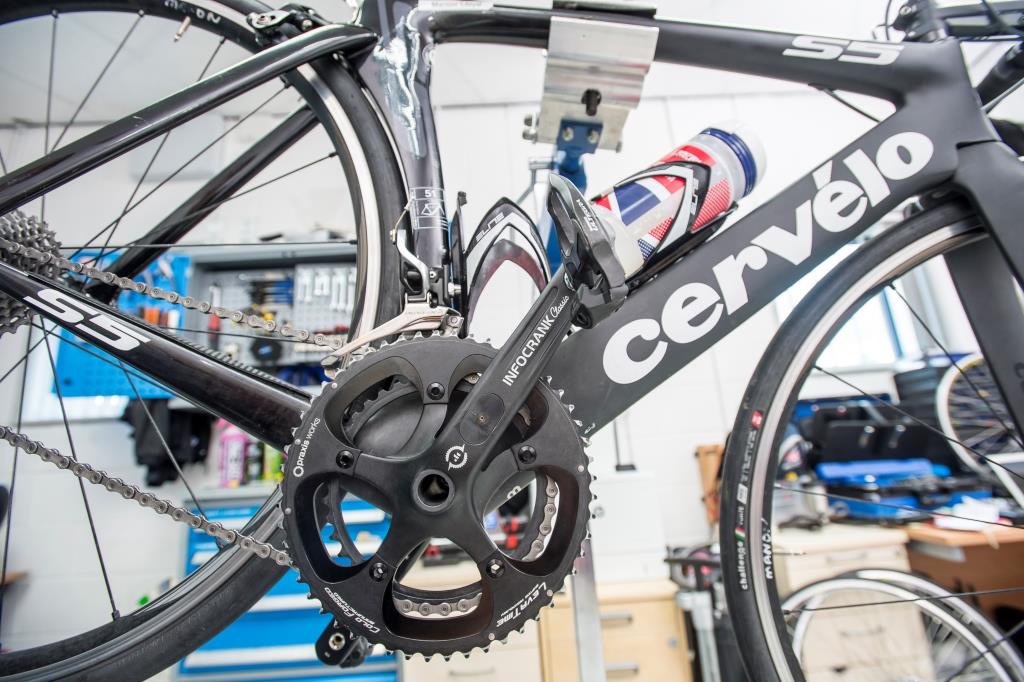 In some ways, accuracy is the easiest thing in the world to describe. Something is either true or not. 300 watts is 300 watts or it is not!

However, the concepts can be quite confusing sometimes, so I just want to work on one issue today. The question is, “Can you measure the radial forces?”

Firstly, what are the radial forces?

They are the forces that are applied to the crank which presses it inwards or outwards, usually by foot placement at different times during a ride or sprint.

The short answer is that InfoCrank does not measure any forces except the tangential force – that’s what drives the bike forward and constitutes the energy the cyclist applies in order to move the bike.

Technically, this is because our software, strain gauge placement in a Wheatstone bridge formation and bonding techniques all combine in such a way that no other force can register. No; we do not measure radial forces. In fact, we nullify them completely.

Just assume for a moment that we built an InfoCrank that did not nullify the radial (and other) forces? What most people do not realise is that we would still just get a number purporting to be watts. What we would not know is how much of that number was actually watts and how much was something else.

Our rider may sprint and his foot may move outwards which would show up as increased watts but no one knows if it is or not.

Therefore, the only way to measure radial force is to purposefully measure it. Measuring all the forces and then trying to build out algorithms to separate them is one of the main reasons most power meters are vastly inaccurate in real life. Real life is complicated.

With an InfoCrank, no matter how the pressure is applied to the pedal, the power result is the same. It does not differ if your foot is 25mm from the crank or 35mm, or if you have a different pair of pedals. 300 watts is 300 watts – that is your energy put into making the bike go forward.

But what if we built an InfoCrank in such a way that we measured both tangential and also radial force? Now our 300 watts is going to vary up and down and we are going to have no idea how much of that is due to differing foot pressure and how much is driving the bike forward. We are going to have to build an algorithm and assume all sorts of things such as riding style, leg tiredness and seat height to try and isolate out the radial force.   What a mess!

So, no we don’t measure radial force or any other force except tangential. If you want us to, we will build a specially instrumented crank or pedal to do so but that would be when you discover that no one really wants to know radial force and certainly they do not want to pay for it…

← Accuracy – From the Bottom Up Lucy Gadd: What I’ve learned during lockdown →