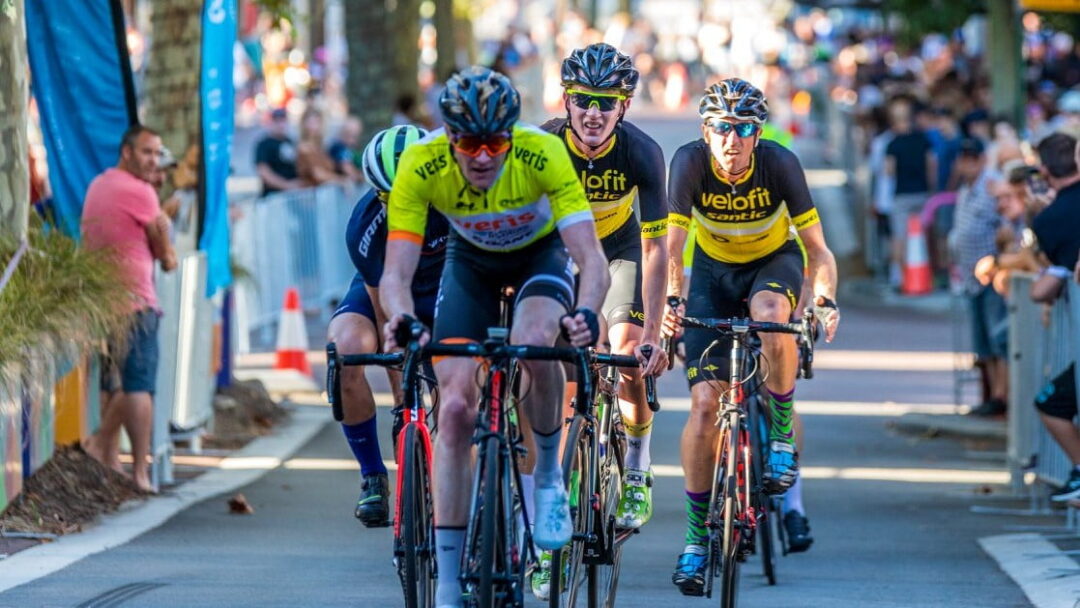 Boris Clark rides for Veris Racing in Perth, Australia. He’s been reflecting on one of his stand-out blocks of training from this year – a week in April during lockdown. Boris also shares some of his key stats from the week, with impressive numbers to show for his hard work.

“This was a week I did during our lockdown in New Zealand. We were able to train outside, but had to keep close to home, so a lot of this was done with many laps of the same roads! I ride for the Veris Racing team in Australia and was preparing for what at the time was looking like it would be a delayed national road series. The main aims were longer efforts and building load with these, but the week also includes a virtual everesting and a Strava King of the Mountain (KOM).

“Things kicked off on Monday with a virtual everesting I had arranged with a mate. I ended up a little bit ahead of him and kept riding to support him to finish, so I ended up with 10 hours 5 minutes on the trainer, 226 virtual kilometres, 9302 metres of virtual climbing, average power of 203 watts (3w/kg), and 7590kJ of work completed!

“After that, I had two days of super easy rides before getting stuck into training again. The next ‘proper’ session was on the Thursday and was 2 hours 45 minutes with 4×10 minute efforts separated by 8 minute recovery. I was still pretty tired from the everesting so my heart rate was down and perceived exertion up. I did the efforts at 395 watts, 385 watts, 391 watts, and 391 watts respectively, with the second and fourth efforts being done at low cadence (65rpm approx).

“The next day I backed this up with a four hour ride with 2×45 minute efforts at 302 watts and 304 watts, before finishing with a 1 hour effort at 304 watts. I averaged 265 watts for the four hours and average heart rate for the ride was 145bpm.

“I then did a two hour easy ride on the Saturday, and Sunday I went to get the Strava KOM back on the local climb. The climb is 4.24km long at 5.6% average. To get the KOM back, the effort was 9 minutes 51 seconds at 453 watts (6.5w/kg), which was and remains a PB over the 10 minute (approx) time-frame. I then rode endurance pace for the rest of the ride, averaging 210 watts for a total of 4 hours.

“I feel very privileged to have the InfoCrank as my power meter. I’ve used others in the past, and none were as easy to set-up or maintain as the InfoCrank is. I’ve also had days in the past where I’ve felt good yet my numbers are poor, which makes it hard to know if it’s actually your legs struggling or perhaps some drift in the power meter. Luckily with the InfoCrank I know that is not a possibility.

“We are provided with an InfoCrank as a member of the team, but I’ll likely buy a power meter personally for my Time Trial bike soon, and I really wouldn’t consider any other option after my experience with InfoCrank compared to the other power meters I’ve used.”